Um, SOMETHING is missing from the Olympics… 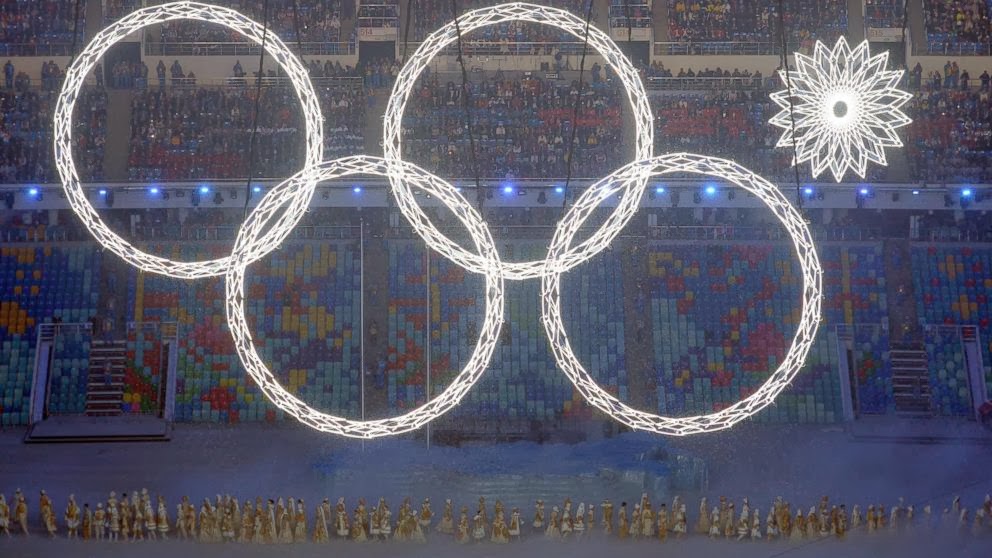 I have to interject. Maybe I’m completely ignorant and off base, as I’ve only watched bits and pieces of the Olympics, but why haven’t any of the athletes (I’ve seen) made mention of the disgusting LGBT policies in Russia? Isn’t the whole point of NOT boycotting the Olympics to infuse our progressive, western, tolerant mindsets into the gazillion cameras pointed in every direction? It’s not about allowing gay athletes to compete. That is such an obviously fabricated distraction. The point is to impact change for the average person living in Russia through the most powerful tool, culture/media. It’s such an easy thing to do (though obviously not without risk on the athletes’ behalves. That I understand).

Maybe people aren’t seeing this, or just don’t care. Putin’s politics frighteningly mirror Hitler’s. Like the Chancellor, Putin is scapegoating a minority to distract from the complete mismanagement of his country’s economy. First come the discriminatory laws. What’s next? Confining the Russian LGBT community to ghettos, and then Siberian labor camps, shooting at them until they’re all dead?

All of the athletes are saying how beautiful and calm everything seems. Remember the Berlin Olympics in 1936? Remember when Westerners would come visit the Jewish ghettos and concentration camps, at which point, Hitler and his posse would temporarily reconfigure them as luxury communities? Everyone fell for it, and it seems like everyone is falling for it again. Shame.

I’m hypocritical. I feel powerless and apathetic. Whenever horrific news comes out of Uganda and other nations regarding virtual death-sentences for LGBT people, I enter a state of shock, which gradually dissipates as I go on with my relatively cushy life, much like American Jews did during the Holocaust (if they were even aware of what was going on…who knows?). I’m not sure what to say. I just find it so sad that an American who wins a medal can’t at least indirectly allude to some sort of necessary justice, when s/he has such a monumental platform WITHIN Russia itself. 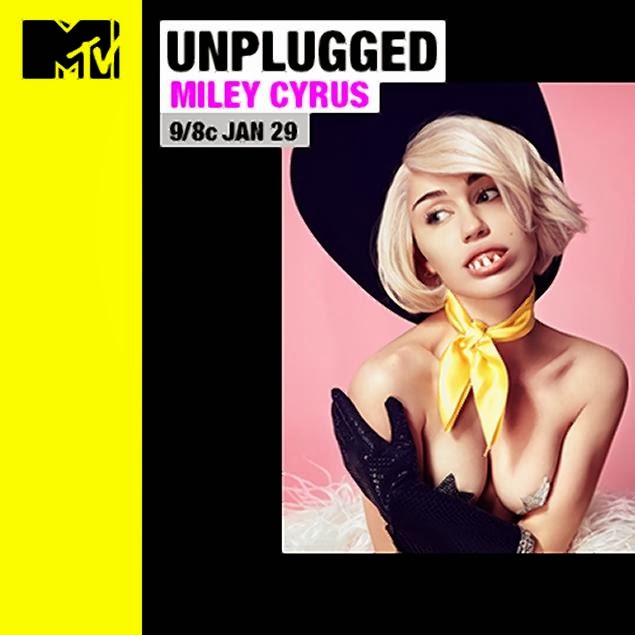 I have conversations by myself about many things while sitting on the toilet, imagining I’m being interviewed by Barbara Walters. Why not share them here? (Please don’t list your reasons, because frankly, I don’t care.)

I’ve been thinking a lot about race, feminism, and sexual orientation because the past year has been so filled with these conversations, which is a good thing! At least the discussions are finally as prominent as the events that inspire them; they’re finally WITHIN popular culture. Progress is happening. The topics are taking the main stage, not just the stars.

I’m liking Miley more and more. Before, I would be annoyed by all pop women taking off their clothes because I felt like Madonna already did that. She already won the battle and made the point that women can take control of their sexuality by exhibiting it however they want to, which is different from men calculatedly putting women on display. Any repetition felt pornographic in a bad way (because there is pornography that doesn’t degrade women), as though it were ordered upon pop’s ingénues by men in suits, effectively undoing Madonna’s work.

However, I no longer see Miley in this vein. She is one of the few pop women who puts her body out there in a new way. From a viewer’s perspective, it feels distinctly like her choice, because what executive would ask a woman to chop all her hair off, dress in a teddy bear leotard and sneakers, and stick a foam finger up her vagina? No, a male record executive would more likely ask a female singer to abide by society’s narrow definition of sexy, requesting that she writhe around in a sand pit or sultrily sweat in a jungle-like setting (a la Britney Spears clothed in a snake at the 2001 VMAs). There was nothing traditionally tantalizing about Miley’s VMA performance, or any of her performances since then, nor has she meant for them to be. She herself thought her VMA display was funny. In effect, Miley is saying your body is yours. Do whatever you want with it. Create your own standards and be what you want to be (sexy, not sexy, something else, etc.) based on how YOU feel in various postures, clothes, and stages of dress.

Initially, I thought we didn’t need a Madonna-type in a world where all the pop girls walk around without pants, but I totally missed the point. In a post-Madonna world (I know Madonna is still alive, but her impact has been greatly reduced due to ageism and her alleged difficulty coping with it), it seems Miley is the only progressive popstress with the relevance of the Queen in her hey day. Three years ago, it was Gaga. Katy, Rihanna and Beyoncé may control their own bodily displays, but they aren’t bringing anything new to the table. They all offer the same old sultry pose.

Now, let’s talk about Miley’s appropriation of black culture. I’m obviously unable to see it from a black perspective. The closest thing I, as a gay white man, can relate that to is Lady Gaga’s use of high-heel sporting backup dancers in the Alejandro video. I need to pause right here for a side note.

*I imagine the GLAAD-types out there don’t see eye to eye with me, but I, Barry Epstein, view this as a gay influence. Some might say cross-dressing is separate from being gay, and I see your point, but there is an undeniable confluence in much of the gay community. The gay men I’ve encountered who reject the MAJOR effeminate quality of gay culture are often self-loathing, hating that very part of what undeniably constitutes them. Hetero-centric society deems effeminate men as unmanly, and these gays want to say, “I’m still a man even though I’m gay because I walk with a bro’s posture and don’t dress in drag.” You can be a man and be effeminate. You can be a man and dress in wigs and skirts and bend your wrists all day. All you need to do to be a man is to identify as one. Not a single other thing should matter.

Back to Miley. I see Gaga’s appropriation of gay culture, and use of gay dancers, as incredibly flattering. She’s recognizing the huge influence of gay culture on what she does, as did Madonna in the Vogue video, so when I hear the black community complain about Miley’s appropriation, I simply don’t get it. Her actions seem completely complimentary to me; she’s expressing her love for black culture. Furthermore, she’s not the first to do it. Justin Timberlake has done so for years, and yet no one hates on him with regard to cultural appropriation.

Miley may be unaware of the minstrel show history fueling people’s anger with her stage dynamic. However, in some twisted way, isn’t her lack of awareness representative of how far we’ve come? People loathe her alleged ignorance, but that ignorance shows that racism isn’t on her mind. It represents the gradual dissolution of racism and increase of appreciation for black culture within popular culture. Isn’t this a good thing? Doesn’t the youth’s unfamiliarity with historical discrimination against all types of minorities show that they’ve been taught acceptance, with rejection not even a prospect? Like I said, I, as a white person, don’t have the perspective of someone who is black, nor his/her life experience. Thus, I can’t deny that Miley’s performance may have been insulting to others, but I don’t understand why, and maybe I never will, which makes me sad.

Mindy, this ISN’T ABOUT YOU! 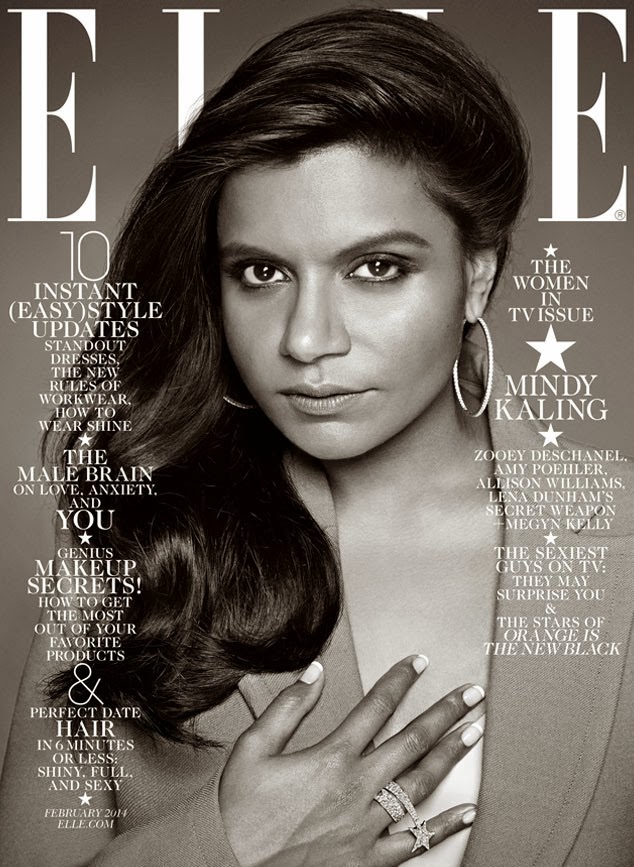 I know this cow has already been ripped raw (or is it the horse that’s beaten to death?), but after watching Wendy Williams’ solid take on Mindy Kaling’s Elle Magazine cover, I became a bit infuriated. (I’m aware this is a paradox. Whatever.) Mindy Kaling’s response to not receiving a full-body cover, allegedly because she’s not stick-thin, like the other three women featured (Zooey Deschanel, Allison Williams, and Amy Poehler) was totally aggravating to someone (ME) who has hair all over his body (including my back) and thus, doesn’t fit into the silky skinny smooth normal body spectrum determined by magazine culture. She said, “I love my @ELLEmagazine cover. It made me feel glamorous & cool. And if anyone wants to see more of my body, go on thirteen dates with me.”

Mindy, we’re not responding out of concern for you. I’m sure the experience was luxuriously pleasurable. We’re screaming because we’re insecure about OUR bodies; we can’t find any sort of representation of our physical selves in the pictures magazines present. When an image-based publication hides a body that looks like our own (or that we somehow relate to due to our own bodily variations from the norm), we infer that our bodies are not worth putting on display. Basically, we scream because we feel terrible about ourselves (as we’re socialized to hate how we look) and your cover validates these feelings. The cycle churns on. 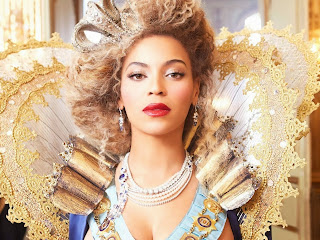